A Dollar of Lightning Prevention is Worth a Million in Repairs 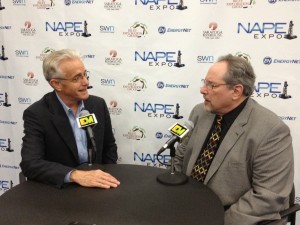 I recently attended the North American Prospect Expo (NAPE) in Houston for Oil and Gas buyers, seller and traders. As the oil and gas industry is booming not only in the U.S. but worldwide, NAPE is becoming a larger conference every year. An estimated $4 billion worth of deals were made at the 2012 conference and 2013 was projected to be even greater.

After speaking with many attendees, speakers and journalists at NAPE about protecting their facilities from lightning strikes I realized, “Houston, we have a problem!” Really, it’s bigger than Houston, it’s the oil and gas industry as a whole. Surprisingly, this industry has not been paying attention to this issue. The issue being one of the earth’s most beautiful threats: lightning. Most oil and gas buyers and sellers are not even thinking about the implications lightning strikes can have on a facility. I think it’s safe to say senior executives of oil and gas companies are not aware either. But I believe some of them are starting to open their eyes and put lightning protection on their radar screens.

It seems that many oil and gas executives prefer to take reactive approach, rather than a proactive one, waiting for lightning to strike a facility before taking the necessary precautions and then scrambling to respond. But in this industry, a dollar of prevention is worth a million of repair. So what does this mean to LEC? There is a growing universe of opportunity to provide lightning protection and prevention solutions to the oil and gas industry, not only in North America, but all over the world.

As the United States and Canada increase exploration, discuss plans for the Keystone pipeline from Canada to Texas, and increase emerging exploration methods such as fracking, domestic production will increase and could make the U.S. a huge exporter of energy. A recent U.S. Geological Survey found that there is an estimated 2.85 trillion barrels of oil shale deposits in western Colorado and eastern Utah. If the U.S. can decipher an effective and environmentally safe way to take advantage of this, the possibilities are limitless.

Although I am not in the industry of buying, selling and trading oil and gas, I met some very interesting people and made vital connections with people from various companies including Anschutz Exploration Corporation and Exxon Mobil. All in all, we opened the eyes of many executives and journalists and educated them on the repercussions of not taking a proactive approach to lightning protection.