Film Production Coordinator turned Marketing Professional in the mid 1980’s JoOnna has been in Communications Specialist and a Marketer for over 30 years.

After attending, Bard College, The University of Arizona and The New School University she began her career as a production coordinator on feature films, commercials and documentaries enabling her to travel extensively to locations such as Peru,  Spain, Guatemala, France and Mexico. In addition, she was able to work with corporations such as Arm and Hammer, Penthouse and TV Guide, and organizations like the New York City Police Department and the Lincoln Center Honoree’s Program. She transitioned into Marketing with her first product launch in 1987, a clothing line for designer Chevas Rolfe. In 1988 JoOnna moved to the island of St. Maarten as the Managing Director for Gastromania N.V., a  specialty food purveyor, restaurant and special events company overseeing all operations and marketing, as well as, supervising a staff of 18 working with entertainment and food experts from all over the world. Upon the birth of her daughter in 1991, she moved back the United States settling in Miami and worked as an independent marketing consultant on projects for The Miami Beach Chamber of Commerce; Hospitality Association of Miami Beach, AMEX Hotel Nice Program, the Louisiana Foreign Relations Associations, and American Models and Designers Awards Association. Proudly, she was also the catalyst and organizer working with the office of Andy Garcia in bringing the late great jazz icon Israel Lopez (Cachao) from Cuba for his first U.S. concert in South Beach, Florida in 1993.

After a brief stint in New Orleans, in 1995, JoOnna and her daughter moved to Boulder Colorado where she was introduced to the Data Storage Technology sector and a few years later was quickly immersed in the new industry working with companies including GE Access, Stirling Software, Computer Associates and The Data Globility Initiative,  in addition, with non-profits such as the Storage Networking Industry Association (SNIA).  Specializing in all aspects of strategic marketing and employing her expertise in ideation, increased visibility, industry event design and production through lead generation programs, website design, social media integration and campaign management she developed several successful and revenue generating programs which generated growth and exceeded projected numbers per program. After 15 years and a need for something new JoOnna responded to a posting for a position with a company specializing in Lightning Protection, Lightning Eliminators & Consultants, Inc. where she has been since June 2011 managing all aspects of their marketing to over 80 countries and throughout the United State. 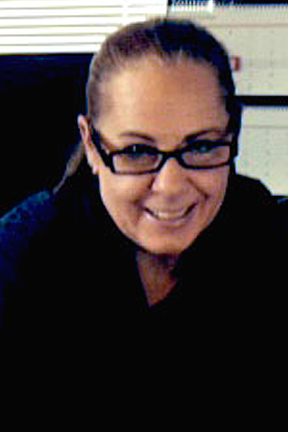