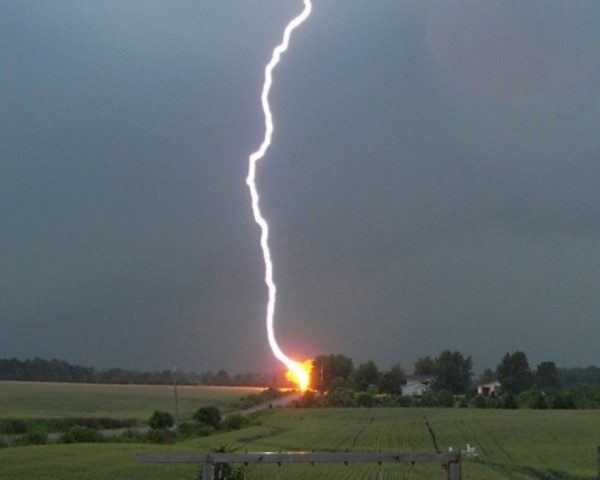 Being that we are in the lightning protection business, we often write about the negative impact of lightning. Recently, one of our Board Members, Dr. Cynthia Pettross recently came to me with a “did you know?” and I have to admit, I did not. So I thought it would be interesting to write about the positive uses and impact of lightning for a change of pace, along with Dr. Pettross’ summary on the subject. She got me thinking…

While we spend our days designing solutions for our clients that will terminate a strike; systems that will avoid a lightning strike altogether, it is not because we do not like lightning – just the opposite, we love lightning and we respect its power.  Our role exists because in addition to all its positive attributes lightning can be dangerous, deadly and/or extremely damaging and simply our customers are trying to protect their employees, assets and investments. Our mission is driven because of a need, not because we have anything against lightning itself. We marvel at lightning and all that comes with it.

Recently someone commented on our Facebook page “You trying to eliminate lightening or just admiring it? I’m a little confused, sorry.” Well, first, I found it interesting that someone who is so concerned over my mental wellbeing (confusion), as well as attempting to be clever should not be able to spell lightning (it was right on the page for her to copy). But that aside, while I tend to post informative blogs, articles and useful information about lightning protection, I also post beautiful photos and weather facts about lightning and storms. I guess I was a bit surprised that she didn’t get it. So I responded that while (and I paraphrase here) Lightning Eliminators might be focused on preventing lightning from striking, it does not mean that we do not respect and/or admire it. Lightning is beautiful; it is also fascinating and has a very important impact on our environment. So why should I not honor it? Do I really have to hate something in order to prevent it?  Something this powerful and contributory should be admired and revered.

What has lightning done for us lately, aside from being magnificent and being Mother Nature’s organic fireworks display?

Provided through the wonderful folks at Destructive Nature via Facebook

One thing that most do not know about lightning is that it assists in providing us with the element nitrogen, which is necessary for our survival. It is also one of the few sources we have of getting the nitrogen we need in the form that it is needed. “Nitrogen is the third most abundant element in the human body and it must be renewed continually.” as explained in this article by Dr. Donald B. DeYoung in more simple terms, as it resides on the site ChristianAnswers.com kid’s section. A more comprehensive explanation can be found in a paper titled “Has Lightning any Practical Use?” By Martin A. Uman, and excerpt from the book “All About Lightning”.

Also, it is believed and is presently being researched that lightning may have played a part in the evolution of living organisms, as included in an article from the NASA website.

In the present, scientists and researchers are trying to figure out how to harness lightning as a renewable and sustainable energy source and referenced in this article from AccuWeather.com, “Lightning May be Harnessed as Future Energy Source”.

However, with all of this awesomeness about lightning I had never heard what Dr. Pettross shared with me which she discovered in the book “A Voyage to California, the Sandwich Islands, and Around the World in the Years 1826 –1829” by Auguste Duhaut-Cilly. I will let her tell it in her own words.

Worldwide, most people have heard of the destructive power of lightning, may have seen things it has destroyed. To many, the mere sound of thunder portends evil. Children hide in fear.

Those of us who work in the field have heard of beneficial effects of lightning – to both our earth and atmosphere, through the formation of nitrogen and ozone respectively. However, when someone calls a lightning a stroke of good luck, we are certainly surprised.

Lightning as seen from the helm of a boat.

Yet in centuries past, when technology was in its infancy and lighthouses unavailable in in remote areas, lightning could be a blessing. French sea captain Auguste DuHaute-Cilly described his experience off the coast of California, while circumnavigating the globe in 1827:

“Happy is the one who, in the middle of the storm, can profit from a brief flash of lightning to make out the round summit of a hill, the whitish face of a well–known rock, or the steep profile of a cape. In less than half a second his practiced eye recognizes the shapes, and he orders the steersman to whether the helm; the wind fills the great trapezia of his topsails; the ship surges forward, and the waves that were breaking on her sides now produce only a loud murmur in the wake. A headland is passed to starboard, a small island to port. The distant roar of the sea dies down, and soon the lighted windows of the port are beacons guiding the ship to the anchorage.”

Dr. Cynthia literally grew up in the lighting business. As Roy Carpenter, her father was developing the revolutionary concept of charge transfer systems and inventing patens in the 1970s, his obsession was a major topic of family discussion.

In high school and while studying chemistry at Whittier College, Dr. Cynthia did marketing projects and janitorial work for Roy’s fledgling lightning protection company. However, she decided to study medicine at Emory University School of Medicine, and became a practicing physician.

During her medical career she has been an Assistant Clinical Professor at the University of Southern California, a Deputy Medical Examiner for the Los Angeles County Corner’s office, and Laboratory Director for Fremont Rideout Health Group in Northern California. At the latter she consolidated two hospital laboratories, and oversaw the installation of the first laboratory computer system. For nearly thirty years she has served on various medical, community health, and charitable committees and boards, and currently directs a nonprofit organization.

Dr. Cynthia has done basic science and medical research, is an author of professional medical publications, and writes for the general public under a pen name. She has lectured internationally at various institutions and makes television appearances. Over the years, Dr. Cynthia has received awards including an Excellence in Teaching Award from USC School of Medicine, Physician of the Year award from Fremont Rideout Foundation, and her family has been a runner-up for Sutter County Family of the Year.

Since 2006, Cynthia has been on the board of directors of Lightning Eliminators & Consultants, Inc. (LEC) where she served with her father Roy before his death in 2007. Since then, she has been learning more about lightning and the technologies associated with it, as well as applying her scientific and administrative skills to forward LEC in its goal of global lightning protection. She and her family reside in the historical home Dahling House (http://dahlinghouse.com/) in Yuba City, CA which is presently on the market so that she move to Colorado and pursue her passions of lightning and Lightning Eliminators.