The End of the Franklin Rod Era

Lightning Protection: Making a Wise Investment for your Smart Grid 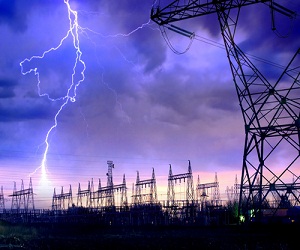 By: Lee Howard
Featured on Buildings.com

Building with the smart grid in mind means taking the right precautions for new systems that have an even more critical set of protection concerns. A smart grid is only as strong as its weakest part and, in many locations, that weak part may be a building’s exposure to lightning.

Ensuring maximum power quality, power reliability and asset protection becomes more important than ever as buildings adopt smart grid systems. Given that perspective, lightning is becoming a key consideration for the productivity, safety and sustainability of industrial buildings. For many industrial businesses, the cost of damaged buildings or equipment can easily run into the millions of dollars, including the loss of sensitive electronics connected to the smart grid.

A single strike affecting a building’s smart grid connection can also create a loss of revenues and resources from down time. Time and again, construction firms we work with tell us that downtime and resulting lost revenues are the most important and compelling reasons for including lightning protection in new industrial building designs.

The risk is nearly universal: Lightning does not discriminate, nor can it be accurately predicted to a great degree of certainty. And, it does strike twice in the same place. As a matter of fact, the Empire State Building gets hit 100 times per year. The question is no longer, “will this building hit by lightning?” In reality, the question is, “Can this facility afford the downtime that would come from a direct lightning strike?”

One electric utility company, EPB – owner of one of the nation’s first, and largest, smart grids – upgraded its lightning elimination technology to replace “lightning collection” ground wire systems at its electricity substations. Lightning collection, as its name implies, is a method of protection meant to take a lightning strike in and move the electric charge from a strike along a preferred path to the ground. Overhead grounding wires are one method of collection; lightning rods are another collection technology commonly used in buildings.

Lightning rods, a technology that is hundreds of years old, have largely provided the type of protection that was needed most when they were first invented, greatly reducing the amount of physical damage and fires that occur with lightning strikes by directing the energy from those strikes to the ground. Unfortunately, while the rods largely protect against physical building damage from lightning strikes, there are secondary, surge-related effects of lightning that can still harm essential, low-voltage electronics systems.

Lightning strikes, even when they are safely conveyed to the ground through a lightning rod, generate a strong electromagnetic pulse in buildings. This can be a relatively minor event when the only repercussion is that it forces a reboot of computers; however it can and does become catastrophic when it produces an entire shutdown or damages the smart grid equipment at a building site. At the very least lightning can and often will produce a ‘meantime between failure’ effect, which impacts the life and functionality of equipment and electronics.

The amount of sensitive electronics smart grids need to function properly makes protection from electromagnetic pulses and other lightning-related secondary effects a primary concern. And, the amount of power going through buildings during a lightning event introduces some risk of smart grid components deteriorating faster then they would otherwise.

Finding and correcting a piece of electronic hardware that has failed can in some cases be almost impossible and consumes invaluable time, productivity and resources. The alternative, successfully managing lighting-related risks, ensures a more-thorough review of optimization and business continuance planning needs.

One method of preserving smart grid electronics – the method EPB and many other utilities use – is called “charge transfer” technology, and it is the only type of system where the lightning impulse is not encouraged, but discouraged. With this approach, facilities can be  from a direct lightning strike by bleeding off the induced charge on the protected area during the course of a thunderstorm, reducing it to a much lower level in relationship to the surrounding environment. This suppresses the formation of an upward rising streamer, one of the required elements of the strike process, thus avoiding the strike.

Discouraging lightning ended up being a significant benefit to businesses on the smart grid: The loss of electrical power to even a small portion of a service network would result in lost revenues and customer reliability concerns. Hardware failures can include lost electronics and lost site communication.

When those businesses use a charge-transfer method, they get the added benefit of removing lightning from the equation altogether. Instead of collecting lighting at their smart grid site and dealing with the potential harm from electromagnetic pulses, they are able to avoid any and all of the damage risks lightning presents.