Lightning vs. Venues: And the Winner is… Lightning Eliminators

For many of us fun begins with baseball games, football games, soccer games, lacrosse matches, theme parks, concerts and a myriad of venues which have all experienced lightning strikes while fans, as well as players, performers, operations and media have stood by helplessly… each event is at the mercy of Mother Nature. With tens of thousands of fans attending each event, lightning proves to be a high safety threat. According to the National Weather Service, an estimated 25 million cloud-to-ground flashes occur each year – each one being a potential killer. Over the past 30 years, an average of 54 people are killed by lightning each year, and hundreds more injured. There is no outdoor place that is safe during a thunderstorm. That is why facilities have started to review and implement lightning protection safety procedures, and are actively investigating ways to enhance their lightning protection measures.

Just last week in Land Pond, Pennsylvania, multiple lightning strikes occurred behind the Pocono Raceway grandstand, parking area, and outside the gates during the Pennsylvania 400. Lightning and heavy rain hit the track towards the end of the race and fans were warned to take cover via the PA System and Twitter. Out of the 85,000 NASCAR fans in attendance, nine fans were injured, one critically, and another fan was pronounced dead after being struck by lightning which sent him into cardiac arrest. The race was called off with only 98 of the 160 laps completed.

Fans were more fortunate while watching America’s pastime at the Rangers Ballpark in Arlington, Texas. During a recent Texas Rangers/Minnesota Twins MLB game,  a loud crash of thunder and simultaneous lightning bolt not only had fans scrambling for cover, but also the players and officials! Out of nowhere, lightning struck the upper deck canopy and center field wall.  Check out the video below and watch how the players scurry for cover. The Twins baserunner, Josh Willingham immediately drops to all fours near first base…Ben Revere, Center fielder for the Twins, commented, “My heart stopped when I heard the thunder at the stadium. Glad no one heard me scream like a little girl too!”

During the 2011 opening weekend of college football, multiple games were delayed because of lightning storms. When lightning flashed near the Notre Dame stadium, 80,000 fans were asked to and take refuge in nearby buildings- twice. Marked as the first weather delay in the history of Notre Dame sports, the storm delayed the game for over an hour.  At the University of Michigan’s home opener, the 110,000 fans in attendance waited through rain delays before being asked to evacuate due to lightning strikes in the area.  The game was called during the third quarter. The University of Iowa had a similar situation where fans were asked to take shelter from the stadium until play resumed over an hour later. West Virginia had the longest weather delay of them all… 7 hours! Fans evacuated the stadium to seek temporary shelter and the players retreated to their locker rooms. Eventually the game was called in the fourth quarter.

At SeaWorld in Orlando, Florida, last year eight people were injured by lightning strikes – 3 guests and 5 employees.  Fortunately, none of the victims’ injuries were life threatening. The strike took place at SeaWorld’s Discovery CoveWater Park. Interestingly enough, Seaworld had installed a lightning protection solution 26 years earlier designed by Lightning Eliminators & Consultants Inc. consisting of  Dissipation Array™ System (DAS™) and Spline Ball Ionizers™ (SBI™), however, for their security systems and cameras only, located at their headquarters, but it did not include the theme park at large or Discovery Cove.  Had Discovery Cove been included in the protected area, the lightning strikes would not have been able to form.  Dissipation Array™ System (DAS™) of Lightning Eliminators is a charge transfer system which uses patented technology that prevents direct lightning strikes from forming by reducing the electric field to below lightning-collection levels, within the protected area. As a result, DAS helps to prevent downtime and loss of assets, while increasing personnel safety.

How Does Dissipation Array™ System (DAS™) of Lightning Eliminators Work?

LEC’s DAS technology was introduced in 1971. Since then, over 3,000 systems have been implemented worldwide, accruing over 40,000 system years. DAS™ has maintained a success rate of over 99%. 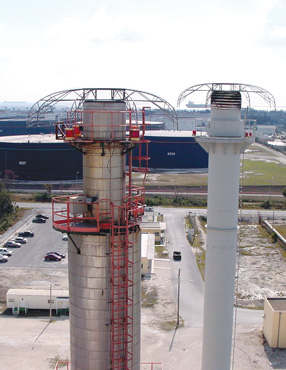 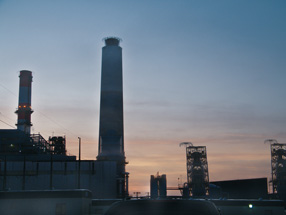