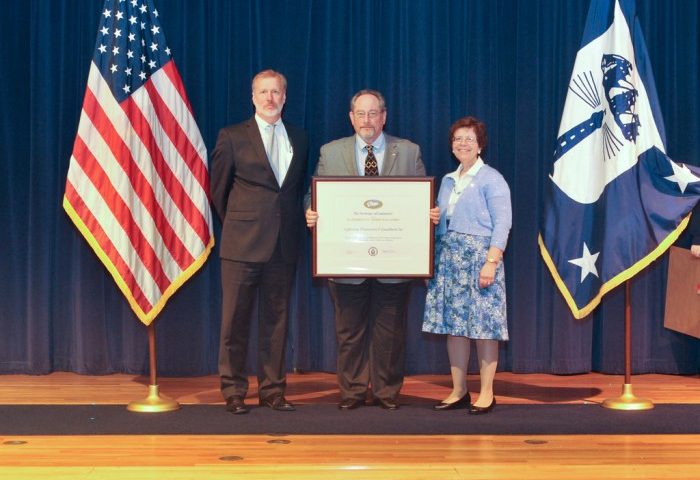 This past Monday marked a milestone for Lightning Eliminators & Consultants, Inc. (LEC). As CEO, I had the pleasure of attending the President’s “E” Awards ceremony at the Herbert C. Hoover Building at the United States Department of Commerce in Washington, D.C. LEC was one of 57 companies honored at the event and was on hand to accept the highest recognition any U.S. entity may receive from Acting Secretary of Commerce, Rebecca M. Blank.

“I am delighted to be recognizing this year’s Presidential “E” Award winners for their outstanding contributions to U.S. exports and congratulate Lightning Eliminators & Consultants on its outstanding export achievement,” said Acting Secretary Blank. “It is businesses like LEC that are strengthening the economies of local communities, creating jobs, and contributing to the worldwide demand for “Made in the USA” goods and services.” 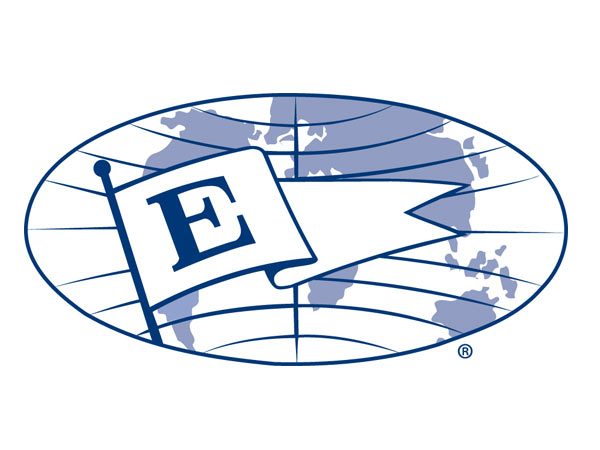 It is a great honor to be recognized beside 56 other outstanding companies for our significant contribution to U.S. Exports. We heard encouraging and inspirational speeches by Antwaun Griffin, Deputy Assistant Secretary for Domestic Operations, Kenneth E Hyatt, Acting Deputy Under Secretary for International Trade, and Rebecca M. Blank, Deputy Secretary of Commerce, on the growth of the U.S. economy and budget increases to assist more companies with exporting to foreign countries. All recipients of the “E” Award are contributing to President Obama’s National Export Initiative (NEI), which seeks to increase U.S. exports in order to support millions of jobs here at home, creating jobs for American workers, and manufacturing goods and services in the USA.

Over the past four years LEC’s export business has grown by almost 200 percent, and we are now doing business in more than 70 countries. Sales to international markets represented more than half our total 2012 revenue. Working with the U.S. Commercial Services office in Denver and their counterparts in a number of target market countries has helped open international doors and smoothed the export path, allowing us to better communicate our message to the countries and organizations that need to hear it.

We are very proud to represent the state of Colorado alongside Geotech Environmental Equipment, Inc, in the Exports category. Also from the Rocky Mountain State, Frederick Export and World Trade Center Denver received an “E” Award for Export Services, awarded to organizations that assist or facilitate export efforts through financing, transportation, market promotion or other such services.

U.S. Senator Michael Bennet also offered a sentiment, “Last year, Colorado exports set a record high, increasing by more than 10 percent and growing to $8.1 billion. Colorado companies like Lightning Eliminators & Consultants are taking advantage of this trend by tapping this growing international market. LEC exports its innovative, patented lightning protection technology to such faraway places as Bangladesh, Nigeria, and Taiwan. In so doing, LEC not only grows its own business, but it helps spur our state’s economy, creating more jobs and more revenue.”

U.S. Senator Mark Udall offered a similar statement, “Congratulations to Lightning Eliminators & Consultants, Inc. on its receipt of the President’s “E” award, which recognizes the tremendous international growth of this local, family-owned business. This award highlights the success of U.S. businesses and their contributions to increasing exports, made-in-America manufacturing and local jobs across the nation.”

The acceptance of the President’s “E” Awards has generated great acknowledgment from various media outlets including the Denver Business Journal, The Denver Post, Fort Mill Times The Wall Street Journal and the Washington Post.

Instituted by President Kennedy on December 5, 1961, the “E” symbol of excellence was meant to honor and provide recognition to America’s exporters. A total of 57 U.S. companies were presented with the President’s “E” Award this year. Four years of successive export growth and an applicant’s demonstration of an innovative international marketing plan that led to the increase in exports is a significant factor in making the award. U.S. companies are nominated for the “E” Award for Exports through the Department of Commerce’s U.S. and Foreign Commercial Service office network, located within the Department’s International Trade Administration, which has offices in 108 U.S. cities and more than 70 countries to help U.S. exporters.