Maintaining Equipment in the Wake of Hurricane Sandy

The Earth’s Most Beautiful Threat 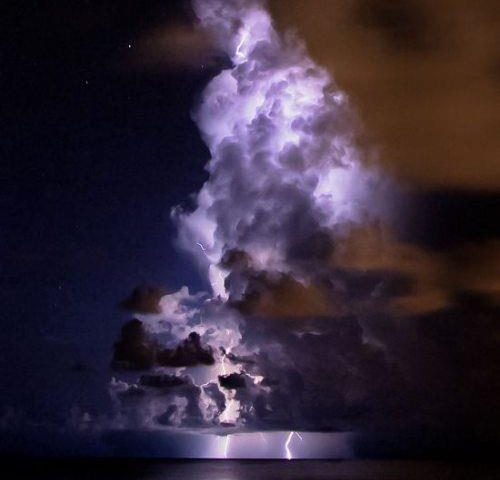 Although lightning is a beautiful, natural phenomena, it is also very powerful, dangerous and deadly. Caused by unbalanced electric charges in the atmosphere (the same that can shock you when you touch a doorknob or pull a sock out of the dryer), lightning strikes can reach temperatures almost five times hotter than the sun. According to the National Severe Storms Laboratory, energy from lightning heats the air anywhere from 18,000 to 60,000 degrees Fahrenheit.

Lightning is nature’s attempt to equalize voltage either inside clouds or between storm clouds and the earth. Although there are various types of lightning, they all start as a channel of ionized air carrying electrical currents between two different areas of charge. The two main types of lightning, Cloud-to-Cloud and Cloud-to-Ground, exhibit specific characteristics as well as subcategories.

Cloud-to-Cloud (CC) lightning is an electrical discharge between oppositely charged areas within the thunderstorm cloud that never reach the ground. Also known as InterCloud Lightning, this type occurs between two separate storm clouds.

IntraCloud Lightning, which occurs most frequently, takes places inside a single storm cloud and may or may not be visible to spectators on the ground. It is commonly referred to as Sheet Lightning which exhibits a diffused brightening of the surface cloud because the actual lightning strike may be hidden or is too far away from spectators.

Heat lighting may be observed at great distances as just a flash of light with no audible thunder because the sound waves dissipate before they reach the observer. Heat lightning commonly occurs in the summertime, during hot nights and is often a warning sign that thunderstorms are approaching.

Cloud-to-Ground (CG) is the best known and second most common type of lightning. During a thunderstorm, upward “streamers” of positively charged ions and “stepped leaders” of negative ions coming down from the clouds attach to each other to create a strike. The naturally occurring electric fields and stepped leaders that thunderstorms create give streamers the energy to rise upward from the ground (and ground based objects like buildings, trees, towers etc.) in search of stepped leaders. These lightning strikes can be over 3 miles long and pose the greatest threat to people and property. According to National Geographic, there are 100 strikes on the surface the earth every second. CG lightning forms from both the cloud down and the ground up resulting in “normal lightning.” Because objects on the earth generally have a positive charge, the portion of lightning that humans actually see, comes from the ground up. The exchange happens so quickly – in about one-millionth of a second – that the human eye cannot see the formation of the strike, only the return strike.

At times, lightning can be triggered or artificially initiated from Ground-to-Cloud (GC), which is initiated by an upward-moving stepped leader originating from an object on the ground. Although lightning is 100% unpredictable, skyscrapers, airplanes, and towers on mountains are often struck because of their height in the atmosphere. The Empire State Building is struck an average of 25 times per year.

Ball Lightning is another phenomena that is a scientific mystery. It appears to be a floating sphere of electricity that produces a hissing or crackling noise. This questionable ball has no real patterns, it can move fast or slow, last for minutes or seconds, be extremely quiet or loud, and can disappear suddenly or slowly.

Easily seen with the naked eye, Anvil Crawlers are some of the most spectacular lighting strikes. They are described as horizontal, tree-like, in-cloud discharges seen at very high altitudes and cover very large distances which fill the sky. They can occur both in conjunction with CG and CC lightning. The name is derived from the visible “crawling” motion of the strike and usually appears under the anvil of the thunderstorm.

Unlike Anvil Crawlers, Sprites and Jets are invisible to the human eye because they are swift and faintly lit. They occur high above active thunderstorms in concurrence with CG lightning.

Check out this video of recurring lightning strikes to a TV tower in Wichita, Texas.

Lightning is the only natural disaster that you can protect against. Lightning causes hundreds of deaths per year, billions of dollars in damages to facilities and houses, and lost productivity in business. Lightning Eliminators & Consultants, Inc. (LEC) is dedicated to providing integrated lightning prevention and lightning protection products, solutions and services by utilizing innovative patented charge transfer technology, grounding systems engineering, surge protection design, and providing comprehensive consulting services based on physics and state of the art engineering principles. For more information on how to protect your facility from lightning contact us.