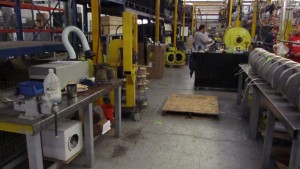 Although the economy has ridden a roller coaster the past few years, we are proud to say that 2012 was a year filled with growth and prosperity for Lightning Eliminators & Consultants, Inc. Not only was 2012 a great year for us, it marked a significant milestone for export business: a growth of 183% over the past two years. The addition of Colombia, Brazil, Netherlands and Belgium to the roster of markets in which LEC does business helped the company achieve its goal of selling lightning protection products to more than 70 countries worldwide.

While LEC’s sales efforts have focused more on international markets over the past several years, the substantial export growth can also be attributed to the increased occurrence of lightning strikes globally and the need to protect expensive equipment and assets from such strikes. As a result, sales to international markets represented more than half of LEC’s total 2012 revenue.

2012 also was successful in terms of recognition for LEC. The company won the 2012 Colorado Companies to Watch Award, it was named a winner of the Stevie Award for Company of the Year, Diversified Services, and it was named a finalist for a Platts Global Energy Award. Further, LEC was chosen to be featured in a Weather Channel documentary entitled “Hacking the Planet,” which will air worldwide in February 2013.

“Such a remarkable year is tough to beat, but 2013 is off to a great start. Our first project of the year – a $750,000 order that was made through our partner Consilium – is underway,” added Saunders.

In addition to the $750,000 contract in the Middle East,  we will be speaking at STOCEXPO in Antwerp, Belgium in March. LEC’s Manager of International Solutions, Nate Mascarenas, will be discussing Risk Mitigation and Safety Best Practices, Threats and Preparation with Manoj Nambiar, General Manager of Consilium Middle East.  The focus of this day-2 session will be the increasing risk of lightning in unsuspecting places and the imperative need for storage tank protection.

LEC will also be putting on it’s first Lightning Protection Summit for oil and gas executives in May. Attendees will learn about the effects and impact of increased lightning strikes across the globe with the most recent research, data and testing. The conference will focus on the needs of the Oil and Gas Industries in correlation to Lightning Protection and the earths changing weather patterns. Oil and Gas executives will learn to take change of this actuality before it takes charge of their company by utilizing  Lightning Protection “Best Practices” and solutions implemented around the world with a 99.87 % success rate.

Our goal is to help businesses protect their employees, facilities, sensitive electronics, and other assets from unpredictable lightning strikes by reducing downtime, eliminating damages and increasing stability with our lightning prevention and protection systems. As businesses around the world begin to recognize the need to proactively protect their assets from the more frequently occurring lightning strikes, we have high hopes that 2013 will be another outstanding year.