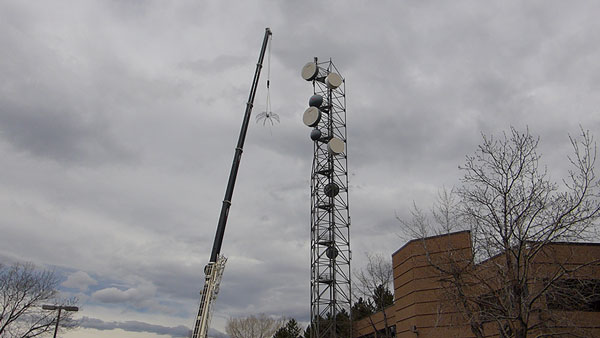 Thousands of large corporations’ facilities managers, along with small business owners on the East Coast, never anticipated the magnitude of damage left in the path of Hurricane Sandy in October. They never believed a storm with the destruction quotient of Hurricane Katrina that hit New Orleans could rip through New York, New Jersey, and Connecticut, and they did not plan for it.

The same applies to lightning. We never expect it to hit directly, and when it does, the strike always seems to be someplace else. Preparing for the damage of lightning strikes needs to be included in the planning portfolio for acts of nature.

The majority of companies conduct risk prevention analysis and planning, whether it is pertaining to selecting a security system, liability protection strategies, business continuance and/or meeting insurance obligations. However, for many companies with large facilities, there is a need that goes beyond the usual suspects—the consideration of sensitive electronic equipment, valuable assets and/or materials or products that are categorized as hazardous. These additional threats need to be reviewed in order to assess properly for risk from natural, weather-related events.

Typical and less impeding effects of destructive weather, such as disruption in transportation and temporary loss of utilities, are a few of the challenges that are faced by these companies when a severe weather event occurs. For most companies, catastrophic events such as hurricanes and tornadoes are included in their planning. However, these firms should not and cannot overlook lightning strikes, the most common and in many cases destructive weather threat.

Direct lightning strikes and their secondary effects make lightning one of the most potentially harmful natural occurrences. Lightning strikes occur everywhere and can hit any object, with each individual lightning strike potentially causing considerable harm. A single strike to an electrical substation, for instance, can put thousands of homes and businesses in the dark for hours, days, and sometimes weeks.

For many companies, the effects of even one direct strike is too much to bear and can be in the tens of millions of losses. The potential damage and losses they face lead many businesses to work with entities that specialize in lightning protection, such as Lightning Eliminators & Consultants, Inc. (LEC), to assess and successfully manage their risks with comprehensive lightning, surge and grounding protection services and products.

In a number of industries, it is very easy to see why companies take a proactive stance. Lightning strikes are a primary cause of fires for petroleum storage tanks used in the energy, chemical and utilities industries, for example, and the damage from those strikes is often significant. A July, 2012, strike that happened in Kentucky is not all that unusual: it destroyed at least two tanks, set additional tanks on fire, and damaged on-site power lines, subsequently creating power outages in the surrounding areas.

One oil company facing that risk received an early, albeit costly, warning on the risk lightning presents. When one of its water disposal facilities took a direct strike, the company lost millions of dollars worth of capital equipment. Given that knowledge, the company made LEC lightning protection part of its construction plans for a new oil sales support processing facility it opened in 2008.

In this case, the risk assessment went beyond a calculation of potential equipment damage. The facility stores oil that is in the process of being sold, but is not paid for yet, and a strike there, while potentially catastrophic in terms of explosions and fire, also introduces the risk of significant product losses.

In fact, many oil companies worldwide use charge transfer lightning protection solutions from LEC to minimize their risks. In some cases, these companies operate in regions where they would otherwise face continuous, lightning-related interruptions and serious, ongoing safety incidents.

Tri-State Generation and Transmission, a whole electric power supplier, knows this firsthand. The Colorado-based company suffered an extended telecommunications outage in 1994 when a direct lightning strike hit its main telecommunications tower. The severity of the service disruption led the company to bring in LEC for a successful, effective lightning protection solution that has now virtually removed lightning from the risk equation.

New thinking for a warming world

The fact is lightning is common, and unpredictable, on every continent except Antarctica. And, lightning is almost certain to be even more of a concern into the future because of changing warm weather patterns.

Unfortunately, climate change has the potential to affect both scenarios, creating increased lightning activity in some places and increased lighting intensity in others.

Lightning is on the increase overall. Some researchers expect the amount of lightning activity worldwide to grow by as much as 6% for every degree of change in global temperature. Any business that can be severely affected by lightning strikes should do a lightning protection risk assessment under the assumption that activity could grow more frequent and/or more powerful over time.

While lightning strikes on their own are bad enough, there are also significant secondary effects. When a lightning strike ignites a fire at a building or structure, it opens the door to a host of issues that must also be considered in a risk assessment. Large fires of any sort can have a negative effect on the environment. And, when toxic materials catch fire, they create an additional hazard to firefighters and others in the area. Those same toxins, once carried into the air, create a corrosive problem similar to the effects of acid rain when they come back down out of the atmosphere.

Even the water used will have an effect. Runoff from firefights is typically polluted with the fire-retardant chemicals that firefighters also spray to control a blaze. If there are chemicals or other toxins engulfed in a fire, they too will appear in water runoff. As a result, firefights often pose serious risks to nearby freshwater habitats.

Taking all the risks into account and selecting a solution

One LEC customer, a busy shipping and logistics facility, added lightning protection after its risk assessment showed a need to better protect equipment over a large exposed area. The facility is in a part of the country that has an elevated risk to lightning activity, with approximately 50 thunderstorms a year. The company needed a plan that minimized the potential of damage to millions of dollars of equipment, including sensitive electronic systems and a fleet of aircraft. In addition, the plan had to account for the risk of explosions from aircraft fuel stored on site.

This company also looked beyond the potential for physical damage in its risk assessment. Should a lightning strike make the facility inoperable, for example, the company had to look at the costs to divert work to other facilities. In the end, the company selected and installed an LEC charge transfer Dissipation ArrayTM System (DASTM) – along with LEC’s Spline Ball IonizerTM terminals and Chem-RodTM Grounding Electrodes – to prevent lightning termination and protect day-to-day operations.

The DAS completely isolates facilities from a direct lightning strike by bleeding off the induced charge on the protected area during the course of the thunderstorm, reducing it to a much lower level in relationship to the surrounding environment. This suppresses the formation of an upward rising streamer. one of the required elements of the strike process, thus avoiding the strike. The DAS is the only such system where the lightning impulse is not encouraged, but discouraged.

Discouraging strikes ends up being a significant benefit to the companies looking to effectively manage risk. In fact, it is a preferred route to lightning protection in a number of industries where lightning strikes pose a threat, including the information technology, nuclear energy, biochemical and manufacturing fields.

The system installed at the logistics facility uses LEC technologies that have proven to be more than 99.87% effective in eliminating all strikes to protected areas. And, as a result, the company has not had a lightning incident at its facility for over three decades. For similar companies faced with weather challenges, it is a valuable lesson: They can minimize one significant threat from their list of concerns by assessing their lightning exposure and taking action.