Protecting Your Assets from Lightning Strikes with Lightning Protection Products 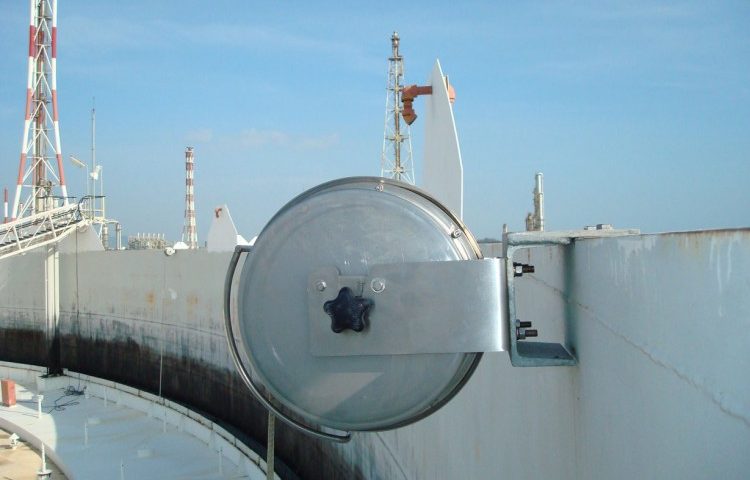 For tank storage firms, the risk of a lightning-induced fire event is too potentially damaging to bear. Floating tank storage facilities that  have millions of dollars  worth of product can be destroyed with a single spark. Even worse is the downtime such an event will cause, like a possibly lengthy period of investigation and reconstruction that impacts a storage facility’s ability to deliver product to market and generate revenue.

Last year Takreer, a storage and refinery subsidiary of Abu Dhabi National Oil (ADNOC), completed a thorough lightning protection analysis and began transforming its protection profile for floating roof tank storage.  Dozens of tanks, while operating efficiently,had potentially faulty lightning protection systems in place; metal shunt and wire systems that are meant to direct charge in the case of a lightning event but are prone to fall into disrepair over time.

To protect these tanks Consilium Middle East, which sells and installs fire protection solutions to many of the major oil and natural gas companies throughout the region, supplied LEC’s Retractable Grounding Assembly (RGA) lightning protection solution.

While those installations are retrofits to existing tanks that have less effective lightning protection systems, Takreer has also begun including RGAs in its specifications for new tank constructions.

Takreer, and other oil storage and refinery companies worldwide, choose the RGA because floating roof tanks are notoriously difficult to protect from lightning. Other floating roof tank grounding solutions often fail because they require a great deal of maintenance and upkeep: Metal shunts used for grounding on floating roof tanks regularly break, and wires used for the same purpose often tangle, compromising the low-impedance path they are supposed to create for safe operation.

The RGA replaces these metal shunts and wires which, although require routine maintenance and inspection like any other piece of hardware, are not easily compromised and require a fraction of the repair and replacement work seen with other systems.

Takreer’s stance with enhanced lightning protection using RGA solutions is progressive as the company operates in a part of the world that is not known for excessive lightning. While lightning activity in Abu Dhabi is in fact low, the company is now better protected from a global trend: incrementally higher lightning activity that scientists believe is the result of climate change. Higher temperatures worldwide are increasing the warm-weather patterns that lead to severe thunderstorm activity.

Even without the global increase in lightning, floating roof tanks need adequate protection. Large storage operations such as Takreer’s Ruwais facility, for instance, houses millions of dollars worth of product which means a single lightning-induced spark can result in a tremendous financial hit. It is a common and unfortunate challenge that storage firms face worldwide. In fact, some studies have indicated that a majority of fires that occur with petroleum storage tanks are caused by lightning.

Part of the difficulty is the fact that tanks are susceptible not only to direct lightning, but also to nearby strikes.

‘When lightning is about to strike nearby, electrons in the area nearby rush over to the point of a strike, and good grounding systems allow that to happen without incident,’ explains Kirk Chynoweth, systems engineering manager for LEC. ‘Unfortunately, when the roof of a floating roof tank is not properly grounded, the electrons on the top of the tank will move at a different rate than electrons on the side of a tank, and that difference in charge balance can create a spark on the edge of the floating roof.’

Those sparks occur in just about the worst place possible, the empty space above a stored petroleum product that is full of flammable fumes. For that reason, tank fires are often very damaging. A July, 2012, strike that happened at a US company in Kentucky is not all that unusual: it destroyed at least two tanks, set additional tanks on fire, and damaged on-site power lines, subsequently creating power outages in the surrounding areas. The floating roof from one of the tanks was blown off and landed in the middle of a nearby highway.

Fortunately for Takreer, those types of lightning related incidents are less and less likely. The reduced maintenance that the RGA requires compared to older lightning protection systems has led Consilum to begin conversations about lightning protection with some of Takreer’s sister companies in the energy sector.