Are Power Surge Protectors Worth the Investment? 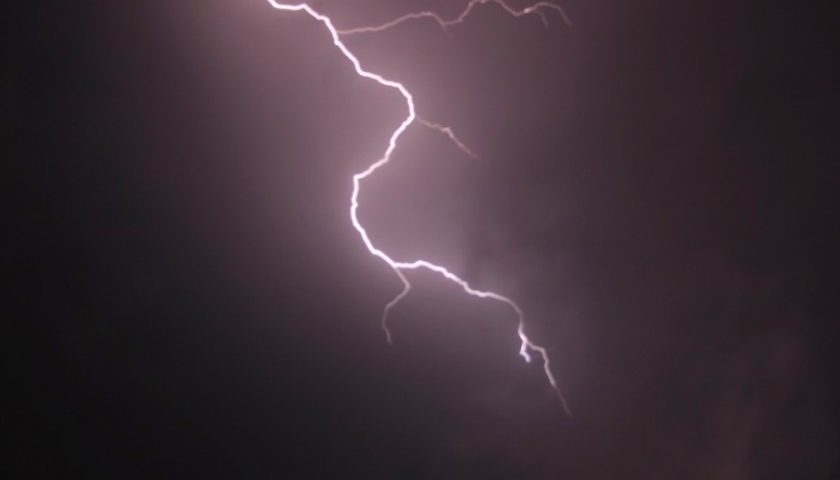 Excerpt from LA Times – 9/9/2020
By PAUL DUGINSKIGRAPHICS AND DATA JOURNALIST
Great article by Paul explains the storm and provides some great detail of the lightning damage & lightning formation process.

An outbreak of thunderstorms generated lightning that touched off dozens of fires in Northern California from Aug. 15-18. The driving force was a moisture surge from the remnants of Tropical Storm Fausto in the Pacific, southwest of Baja California.

To understand this, it’s important to keep the three-dimensional nature of the atmosphere in mind, explains Patrick Marsh of the National Oceanic and Atmospheric Administration’s Storm Prediction Center. The moisture from Fausto was being drawn up from the south at the middle and upper levels of the troposphere, which is the lowest layer of the atmosphere, closest to the earth’s surface.

This was being done by clockwise circulation around an intense high-pressure system in the western United States. While there was substantial moisture at those middle and upper levels, down at the surface, the high-pressure system was causing extremely hot and dry conditions across an already drought-parched Northern California. 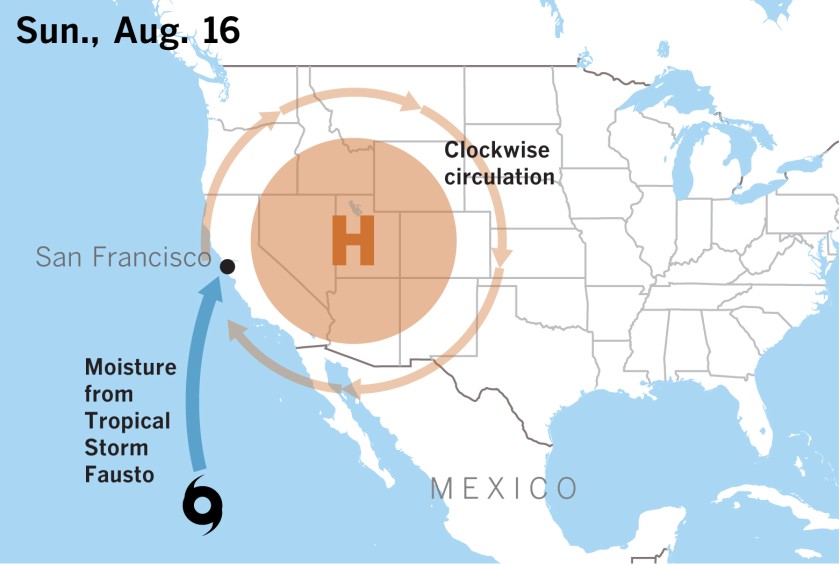 Precisely how lightning forms is still a subject of discussion, but the best theories focus on development of separate positive and negative electric fields within the storm, and the necessity of ice, hail or a type of softer, partially melted hail called graupel, to be present. Storms that lack this icy component usually don’t generate lightning.
Thunderstorms can reach heights of 35,000 to 70,000 feet, extending miles above the freezing level in the atmosphere. The chaos inside the thunderstorm cloud includes powerful updrafts and downdrafts.

As the thunderstorm moves across the landscape, a pool of positively charged particles collects in the ground and follows the storm. These particles climb taller objects such as trees, houses, buildings and utility poles.

Meanwhile, the base of the storm cloud, which carries a negative charge, sends out a channel of negative charge toward the ground. This channel is invisible to the human eye, and is called a stepped leader. This occurs in a tiny fraction of a second.

As this negative leader stretches toward the ground, a positive charge from the ground reaches upward toward it with an invisible channel of its own called a streamer. 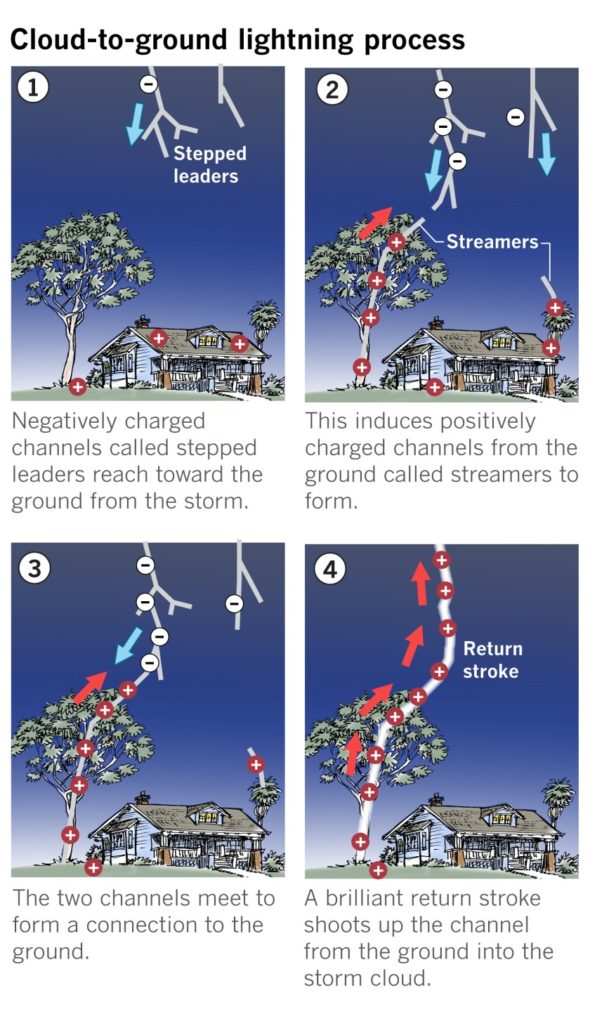 When these two channels — one from the storm cloud and one from the ground — find each other and connect, cloud-to-ground lightning damage occurs.

The lightning bolt, called a return stroke, actually travels from the ground into the cloud. Because it happens so fast, to the human eye it appears to go in the opposite direction.

Fractions of a second later, if enough charge remains in the cloud, something called a dart leader from the storm cloud may follow the path blazed by the initial stepped leader. The return stroke on this leader gives the lightning a flickering appearance. If the subsequent dart leader takes a slightly different route to the ground, so-called forked lightning results with the return stroke.

A bolt from the blue

The anvil forms when the thunderstorm cloud rises until it sort of pancakes against the bottom of the stratosphere, the layer above the troposphere, then spreads horizontally. This is mostly with the prevailing winds, rather than in the direction that the storm is moving. The air in the anvil is cooler than the stratosphere. This region, where the troposphere meets the stratosphere, is called the tropopause, and it averages about 30,000 to 56,000 feet high, depending on season and latitude. Cirrus clouds from the thunderstorm’s anvil can stretch far beyond the main part of the cloud beneath which rain from the thunderstorm may be falling. It may stretch into areas where skies appear bluish, if not crystal clear, and catch unsuspecting people on lakes or golf courses by surprise.

Essentially, if you can hear thunder, you are within striking range of lightning.
Positive lightning accounts for less than 5% of strikes, but can be more dangerous than negative cloud-to-ground lightning. Not only is there the bolt-from-the-blue element of surprise, but since it comes from so much higher in the thunderstorm cloud, it has to slice through much more insulating atmosphere to reach the ground, so the electric fields are typically much stronger.

The scenario for positive lightning is similar to the one for negative lightning, but is reversed. The stepped leader carries a positive charge, while streamers from the ground are negatively charged.

Positive lightning is thought to be the cause of a large percentage of forest and wildland fires, as well as lightning damage to power transmission lines. Positive lightning can also be the dominant form of cloud-to-ground lightning as a thunderstorm dissipates.

Lightning occurs more frequently when it is hotter, according to a paper by David M. Romps et al. published in Science Magazine in 2014, and scientists have predicted that the number of lightning strikes per year in the continental United States will increase by 12% for every degree of rise in global average air temperature.

With lightning-caused fire already a natural part of the California ecology, this is not good news for a state where prolonged drought and sprawling human development in fire-prone areas share that landscape. Experts say that with climate change, things will probably only get worse in the future.