Lightning Blowing Up Oil and Gas Production Across America 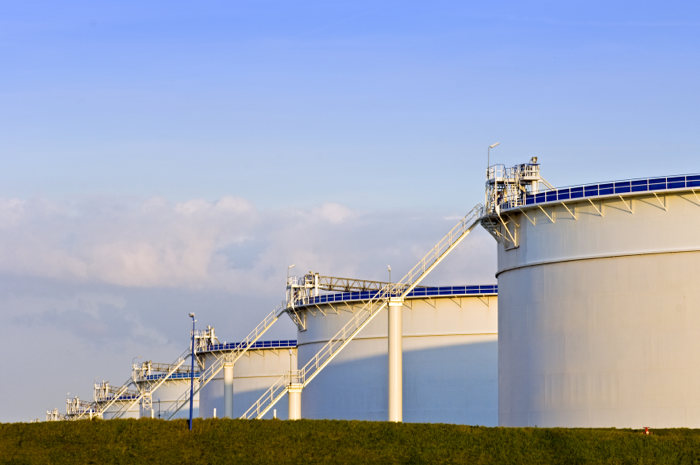 This summer we have seen an upward trend in lightning strikes across states like Oregon, North Dakota, and New Hampshire that don’t usually experience a high volume. In 1990, Oregon experienced an average of 29,000 lightning strikes and in 2003-2004 that number more than doubled at 70,000.

Just a few weeks ago, meteorologists recorded over 1,000 lightning strikes in one hour during a storm in New Hampshire – an unusually high number for that area. Many of those lightning strikes caused fires around Carroll County and caused about $10,000 in damages to electrical and liquid propane gas systems.

Last week an oil and gas storage unit in Elk City, Oklahoma was struck by lightning. The tanks ignited and burned for several hours, destroying all its’ contents. However, is just one example of a US oil tank that has exploded as a result of lightning.

As oil and gas production increases in North Dakota (they recently hit an all-time high of 810,129 barrels of oil produced per day) the risk of lightning becomes more apparent.  Since May, North Dakota’s oil fields have battled five fires ignited by lightning strikes, resulting in spills, destroyed product and downtime. In June, an incident occurred in Western North Dakota where lightning caused a tank containing water that comes to the surface with oil and gas to explode and set an additional three tanks on fire.

Photos taken by Elizabeth Liberty Lewis published in Disclosure May 2013

Just last week, lightning struck another saltwater deposit facility in McKenzie County creating an estimated $100,000 in damages, including the cost to reinstall four tanks and clean up the mess left behind – nearly 400 barrels of saltwater and 20 barrels of oil. Murex Petroleum Corp, which owned the affected facility in addition to thousands of other tanks, was lucky that no people were hurt and that the spills did not affect nearby wells or residences.

Unfortunately, this is not the first time Murex has dealt with the fallout resulting from lightning strikes. Years ago in the Williston Basin, lightning violently struck and damaged a facility, prompting the company to position buildings, pumps and tanks farther away from each other in hopes that if lightning does strike again, it would be less likely to destroy the entire facility.

We can’t hide from the fact that not only is lightning completely unpredictable and can strike any place at any time, frequency is increasing rapidly around the world and many areas that have not experienced abundant lightning strikes are starting to feel the repercussions. Moving tanks and pumps around will not solve the risks and problems associated with lightning. As a matter of fact, according to meteorologist Daryl Ritchison of WDAY-TV in Fargo, ND, some thunderstorms can generate thousands to as many as 10,000 lightning strikes in one area. And Western North Dakota is part of a region that tends to have more lightning than the eastern side of the state.

Offshore drilling companies certainly are not immune to the potentially devastating effects of lightning, but they can protect against Mother Nature’s powerful wrath.

The most efficient way to safeguard and prevent lightning strikes is to install a lightning protection solution such as the Dissipation Array System (DAS) by Lightning Eliminators & Consultants Inc. (LEC) which prevents direct lightning strikes by reducing the electric field to below lightning-collection levels, within the protected area. As a result, DAS helps to prevent downtime and loss of assets, while increasing personnel safety. The technology has a 99% success rate within the protected area.

Many petroleum and energy companies have come to LEC for help on increasing the safety and stability of their facilities, tanks, refineries and pipelines. LEC’s protection and prevention solutions have proved to be an effective, proactive step toward protecting their assets.

Check out our recently published white paper in Oil and Gas Financial Journal to learn more about proactive solutions that provide greater safety and protection for rigs and platforms.