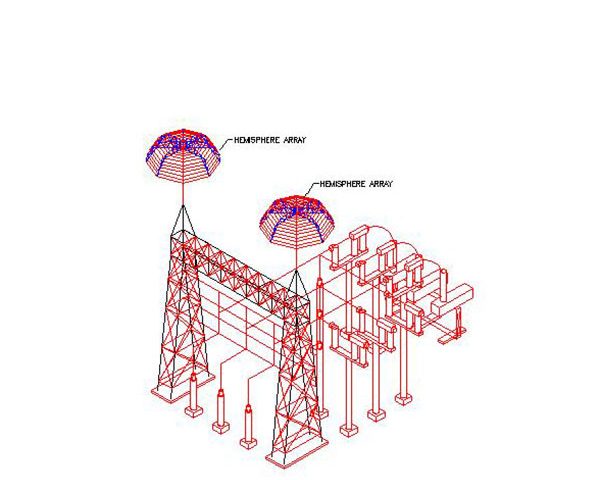 Happy New Year! I wish you all a very safe, happy and healthy 2015!

To start off the year, I am going to address the differences in the type of charge transfer products used in lightning protection systems as opposed to technologies, solutions, standards and the systems themselves. It is important to note, “This is not a sales pitch,” but an honest commentary based on facts.

While in the past I have broached the subject of different technologies- Charge Transfer vs. the Lightning Rod for instance, I have not broached the subject of other Charge Transfer providers. This is primarily because first and foremost, we are the inventors of the majority of lightning protection products using Charge Transfer Technology  (CTT), known as Charge Transfer Devices (CTD). Other products designed by Lightning Eliminators (LEC) and/or other companies are based off of the initial products created by LEC and were created as less expensive versions and are less comprehensive variation of  the original CTD’s listed below. For example the SDAT, also known as Streamer Delaying Air Terminal (a product which LEC produces).  Although it provides adequate lightning protection, it is certainly not as effective as the below solutions, starting with the Dissipation Array System (DAS) which provides the highest level of lightning protection when properly maintained and inspected. If it didn’t we wouldn’t offer a guarantee and there would not be close to 3500 installations worldwide. SBI’s are a hybrid and provide the next level, and so on. It all depends on what the situation calls for or what the customer requests.

Why am I commenting on this now? Well recently the question was asked of us, why are LEC’s CTSs better/different than others? Honestly, because we are the innovators of lightning protection by CTS. Also, we have the “secret sauce” and certainly 20 plus years more experience with the technology, as well as, manufacturing them in-house overseeing each products quality. Not to mention, we are the inventors and hold most of the patents on CTT products. When talking about the highest level of lightning protection, namely DAS, other companies cannot manufacturer these products because the intellectual property belongs to us. That said, I don’t want to pitch or make this an article about selling (which I try never to do), I will let a third party vet the differences. I just believe that it is important for end users to know the differences and not be hoodwinked into purchasing a system without knowing the “who, what and where” of it. We have recommended all levels of lightning protection dependent on what the situation calls for, but remember when someone says to you, that their product is better, to that I say “ehh!”, well they have based their product off of our technology and the same scientific principles as us, so “Really?”—what they cannot do is provide as high a level of protection as we can designed by engineers for industrial solutions with as much experience and/or knowledge. Our lowest level of protection is their highest level (*see chart in paper below).

The Lightning Eliminators & Consultants (LEC) Dissipation Array System (DAS) is designed to prevent lightning strikes to an object or structure under protection. The Streamer Delaying or Static Dissipator devices and air terminals of the Lightning Master Corporation propose to do the same; however, due to their design, their capacity to do so is severely limited and will default to protecting the structure by intercepting lightning strikes to the structure, on itself in most cases, similar to a lightning rod. Thus, the Lightning Master devices are a lightning strike collection system and as an example, the PP-3 device is listed with UL to meet requirements of UL 96A and NFPA 780 as an Air Terminal – the same as a lightning rod. One only needs to compare the PP-3 Air Terminal to any of the Dissipator devices offered by Lightning Master and see they are essentially the same.  For that reason and simplification of terminology in this paper, we will refer to the Lightning Master protection devices as LM Devices.  Prevention vs. collection – that is the major difference in the lightning protection performance of the two systems.  What follows is a more detailed analysis describing the systems performance in the different stages of the development of the lightning discharge.

The typical process of a lightning strike to a facility with structures of moderate height begins with the initiation of a downward lightning stepped leader from the base of the thunderstorm cloud. Lightning attaches to a grounded object of moderate height due to the initiation of a counter leader from the object.  The counter leader progresses to intersect the stepped leader and attracts it from what would otherwise be an undisturbed path to earth.

The whole process of the lightning discharge consists of the following stages:

The lightning strike prevention capability of the DAS is based on the forcible prevention of the initiation and propagation of the upward counter lightning leader through the cloud of the local space charge that is injected into the air gap by the DAS.  If there is no upward counter leader from the object or from the protection system installed on the top of the protected object, there is no collection/strike to the object.  The design of the LM Device system ultimately cannot prevent the development of the counter leader from its top and therefore, has a very limited ability to prevent the incoming strike.

The following can be formulated as the performance requirements of a protection system’s ability to prevent lightning strikes to the protected objects:

The design of the DAS complies with all these requirements. The earlier ignition of the corona current is achieved by the significant enhancement of the lightning electric field on the ground. For example; the calculations made for a hemisphere with a multitude of splines or points and a radius of 1 m, installed on a tower of 100 m height, show that just 12.5 V/cm of the lightning electric field on the ground level is enough for the ignition of the corona from the hemisphere where electric field will reach threshold 30 kV/cm. The same hemisphere, but without splines on its surface, will have just 1.5 kV/cm – a value far below the magnitude required for the corona ignition. The LM Device system is also able to enhance the ground lightning electric field but to a much lesser degree than the DAS. Therefore, the LM Device requires a substantially much higher level of the lightning electric field to initiate the corona, and that means that the LM Device will be late, compared to DAS, in producing the local space charge. This is very important because the space charge produced by the DAS will be able to move much further than the space charge of the LM Device because it has produced a more voluminous amount of charge from an earlier state. This allows DAS to fill the air gap between the thundercloud cell and the object to be protected with charges of opposite polarity to that of the thundercloud charges. This results in getting a voltage drop in the portion of the air gap, filled with the space charge, as low as is required to prevent the initiation of a counter leader or its successful propagation through the cloud of the local space charge.

For example, for electrodes with radii 10 cm, 1 cm, and 0.1 cm Ec will be equal to 32, 43, and 75 kV/cm correspondently. This is the logical explanation to the time delay, ∆T, of the streamer development claimed by LEC and Lightning Master.  However, it must be noted that the time delay for the DAS is much greater than that of the LM Device.

The next step in development of the counter leader is transition of the glow corona from the protection system to the corona with streamers. The specific of this new stage of the corona is the fast development of streamer branches – thin ionized channels, started from the common place (stem) near the electrode tip last. Each one individual streamer is cold and is not able to cause the initiation of a plasma channel (leader). It loses its conductivity very fast (in a fraction of 1μs), but in the conducting stage the streamer succeeds to contribute its current to the total current collected by the stem. The stem collects the total current of all the individual streamer strings and peak out the most of energy able at certain conditions to heat the air near the electrode to the temperature of several thousand degrees. This leads to the initiation of the counter leader channel.

The same principle is applicable to the LM Device design. The corona current from an individual point will not be much lower than total device corona current.  Note that it does not depend on the total number of points used in the design.  Therefore the LM device’s inefficient use of points results in insufficient dissipation and subsequent counter leader generation.  So with all other conditions the same, the transition of glow corona to the corona with streamers will occur significantly earlier with the LM Device system which makes it susceptible to initiate the counter leader channel leading to the direct strike.

The following figure shows the results from a laboratory test comparing current flow from a DAS test panel containing 130 points, with wide spacing between the points, as compared to a LM Device with approximately 1100 points and dense point spacing.  Greater current flow (dissipation) is observed through the device with fewer points because of proper spacing of those points, resulting in more efficient charge transfer.

The energy of the transient streamer branches are spent for heating the air mostly near the stem and along the streamer paths. The development of the plasma channel becomes possible when the air temperature at the stem rises to about 5,0000 K.  There is a clear physical relation between the minimum voltage drop ∆Umin along the streamer zone and the length dcr of the streamer zone. Therefore, the condition for the upward counter leader initiation is not only the transition of the streamer- free corona to the corona with streamers but also supplying voltage along the streamer path sufficient enough to initiate the plasma channel. In that sense the smoothing the potential distribution along the charged portion of the air gap becomes one of the major factors in suppression of the start of the counter leader from the object. Because of the geometry of the DAS, the voltage drop along the charged portion of the air gap is several times lower than that of the LM Device.  The voltage drop on the first meter of the streamer length required to initiate the plasma channel will appear in the LM Device system much faster. That means that the counter leader will be initiated and the strike will become almost unavoidable. In that sense the performance of the LM Device system is only slightly better than that of a lightning rod system.

In conclusion, the detailed analysis of the performance of the LM Device system reveals that the system is basically a lightning strike collection system with a very limited ability to delay the process of the development of the lightning discharge. If a customer needs a strike interception, this is the system for that purpose. But if customer wants the strike prevention – then only DAS is able to do it.

Be careful out there! Visit www.lightningprotection.com for all your lightning protection needs. Follow us on Twitter, Facebook and LinkedIn for more information and updates as well as some great photos. Thank you for visiting! Big thank you to Thorne & Derrick for hosting my blog this week.