Lightning Protection Systems are High Maintenance! Have you Checked your System Lately? 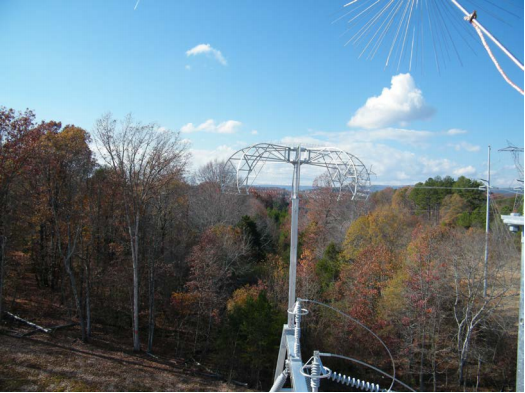 According to the U.S. Energy Information Association, there are 6,600 operating power plants in the U.S. This includes thermal (coal, oil, nuclear, geothermal-anything that uses turbines that run on heat to generate energy), hydroelectric, solar, wind or wave/tidal facilities. All of which use generators, switch yards/substations that house transformers and valuable electronics to distribute power to the grid, using transmission lines. If any of these are compromised, the losses can be substantial and even deadly, affecting entire towns, cities and/or even the country. A primary example of that was during the Northeast blackout of 2003 when 55 million people were without power for nearly two days in the Northeast United States and Canada.

Since billions of establishments and customers rely on power daily, it is critical that utilities and energy companies avoid service disruption because of the impact it has on customers’ operations. In order to maintain services, all electricity and utility suppliers must manage and prepare for weather-related incidents. Protecting “the grid” is imperative and all precautions should be taken and considered.

In addition, collateral damages can occur because any line connected with the blown transformer, is now live and could be carrying thousands of volts. Blown transformers can also set its surroundings on fire, especially in dry environments.

When power generation companies and utilities are faced with a lightning strike to an electrical substation, they are exposed to a multitude of risks in addition to potential power outages. Damage to the facility itself, as well as the loss of electrical power, can result not only to losses at the plant/utility level but also to the businesses in the area, which can exceed $1 Mil  per hour depending on the location of the outage and how many customers and facilities are affected. There are also additional customer reliability concerns and restoration costs stemming from lightning strikes. Hardware failures can include lost electronics, lost site communication and, in a catastrophic failure, the loss of high voltage power transformers. But some damages might not be immediately visible. Lightning strikes also cause a meantime between failure effect which impacts the life expectancy and functionality of equipment, electronics and wiring within the plant itself. Although a strike may not cause visible damage, it can drastically reduce the life expectancy of sensitive and expensive electronic equipment.

Leaving any part of the facility without some manner of lightning protection is not worth the risk. Energy companies must utilize accurate lightning protection just like publicly owned electricity power distributor Electric Power Board (EPB) of Chattanooga and Browns Ferry Nuclear (BFN) Plant in Alabama did to ensure maximum power quality, power reliability and asset protection.

EPB was previously using overhead grounding wires to protect their substations. After the company — that protects over 170,000 customers — had a few incidents where ground wires meant to prevent service disruptions from lightning actually caused the incidents, they called on Lightning Eliminators & Consultants (LEC) for help.

LEC provided EPB with a more customized approach utilizing the Dissipation Array System (DAS) and discouraging lightning strikes altogether. In the past, high winds and other inclement weather incidents would knock the overhead ground wires down; disabling the substation in events where lightning was not even an issue. But the DAS, which is mounted to a pole adjacent to the substation, proves to be both a durable and effective solution for EPB.

Discouraging lightning ended up being a significant benefit to EPB, because providing constant and continual quality power to its customer base is critical: Even one lightning strike to a substation could have a devastating effect…Click here to read the full EPB case study.

In the case of BFN, the off-gas stack was originally protected by Franklin rods, but equipment on the stack and around its base was routinely damaged during lightning storms and often required considerable equipment replacement and repair. While the

automated monitoring equipment was offline, extended periods of human monitoring were necessary, which increased the workload and expense….Click here to read the full BFN case study.

Lightning protection, surge protection and comprehensive grounding engineering are a must when keeping power flowing to the grid.