Lightning Protection: What you should know and don’t!

Lightning Protection: In Awe of the Nemesis

Lightning Protection: Operations Down and Under! 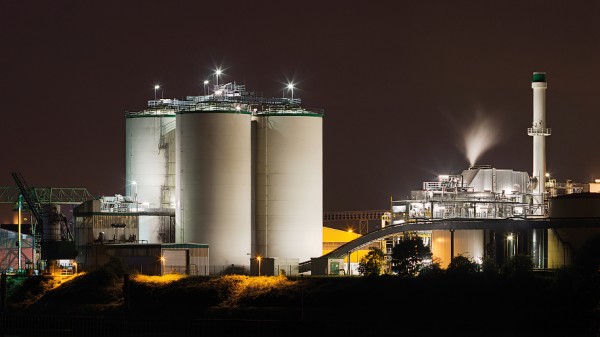 A few months back, I had the pleasure of announcing Lightning Eliminators Australia. Well, Bob Grieve and his team have been very busy Down Under! As a result, this truly amazing article was just printed this past June in Asia Pacific Fire Magazine (APF). I thought I would share it with you, “Protecting High-risk Assets from Lightning Strikes”.

PS: If you have any amazing lightning Protection or Lightning Strike stories. I would truly like to hear them. You can email me at LightningDiva@lecglobal.com

Lightning strikes are far more common than many people realise and, with the changes in the global climate and weather patterns, they are on the increase. The Asia Pacific region is at particular risk because, according to a joint NASA and National Space Development Agency of Japan study, approximately 70 percent of lightning occurs on land in the tropics, where the majority of thunderstorms occur.
Lightning seems to most often make the headlines when it causes the death or injury of someone tragically unfortunate enough to be the victim of a cloud-to-ground strike, or when a lightning strike triggers a bushfire or wildfire. Fortunately, deaths from lightning strikes are comparatively rare – the global figure quoted by most experts is between 40 and 50 a year – but strikes causing bushfires and wildfires are much more common in the region. For example, recently in one night South Australia experienced around 50,000 lightning strikes, the majority occurring in a three-hour period, starting more than 250 fires.

In reality, there is a limited amount that can be done to protect individuals, other than their following prescribed safety precautions during a thunder storm, and little that can be implemented to protect the countryside from lightning strikes. However, one area where lightning protection can be effective is in the industrial sector, safeguarding high-risk, high-value or high-fire-load facilities such as: petrochemical refineries, tank farms and off-shore platforms; mining operations; utilities such as electricity switch yards, substations and generating plants; data centres, telecommunications facilities and IT centres; and transport hubs, including airports and wharfs. But how real is the challenge?

A review of petroleum storage tank fires between 1951 and 2003 found that there was an average of between 15 and 20 fires every year, with about one-third caused by lightning. Another study undertaken on behalf of a number of oil industry companies found that: “lightning is the most common source of ignition” in 52 of 55 rim seal fires studied. Significantly, this research was undertaken some years ago; the reality is that there are now more tanks than in 2003, and likely more fires.

Aside from the incidence of petrochemical storage tank fires, another factor that needs to be considered is the impact of a fire. It is the age-old fire safety conundrum – an equation that considers the likelihood of a fire against the consequences if one does occur. The impact can be catastrophic. Lightning is an explosive, rapid event that releases huge amounts of energy in just a few milliseconds with an unpredictable path. A single strike of lightning releases up to 500 million volts and a temperature of around 27,000°C – three times hotter than the surface of the Sun. Such an explosion could cause millions of dollars of damage to the tank facility and the loss of the stored product.

If a strike terminates on or even near a floating roof tank for example, the current will flow in all directions and will vary in proportion to the lowest path of impedance. One unexpected arc across the roof-shell interface could ignite the fumes that are almost always present and as a consequence put that tank and an entire facility in immediate danger.

Australia’s Northern Territory is one of the most lightning-prone areas on earth, but other parts of the country are increasingly experiencing lightning storms. Just two years ago, more than 173,000 lightning strikes hit South Australia’s electricity network in a 24-hour period. Elsewhere around the world lightning has resulted in airports being brought to a standstill, television and radio broadcasts going off-air, and commercial operations paralysed…read more