Protecting Your Assets from Lightning Strikes with Lightning Protection Products

Lightning Protection is Mission Critical to Operations and Sustainability 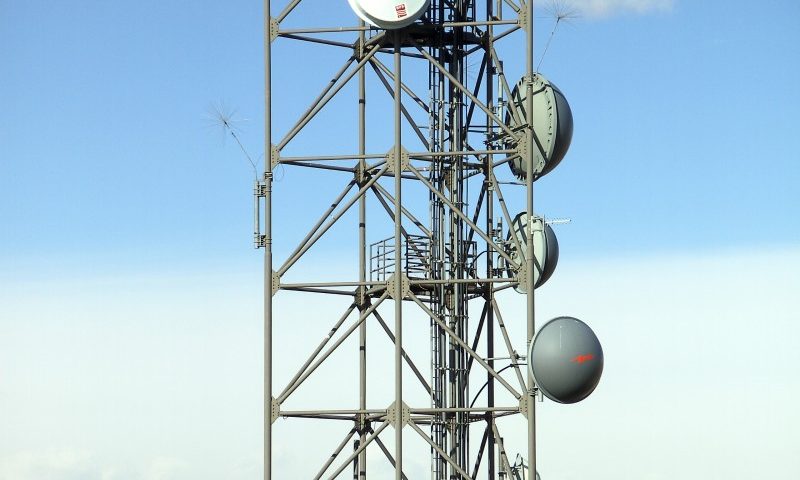 Why are we using methods that are older than the Constitution of the United States of America?

This past December, our Chairman of the Board, Peter Carpenter, was asked to write a piece for Mission Critical Magazine. As the weather has begun to heat up across the Northern Hemisphere we have seen an influx of violent storms accompanied by powerful tornadoes and lightning. This is especially true in the United States’ Midwest and Gulf Coast regions. Here in Colorado, lightning caused a fire in Rocky Mountain National Park which is still burning and growing after 3 days. Both Northern and Southern California have been ablaze recently due to lightning strikes. These occurrences reminded me that it is the exact time of year, June, 261 years ago, that Benjamin Franklin flew a kite in a lightning storm which eventually led to the development of the lightning rod. It’s amazing how far we have come from “capturing” lightning in a jar, to the advances of present day. However, it is also equally amazing that this is still used as the primary form for lightning protection. Why would anybody want to attract lightning, when they can prevent it from striking in the first place. With that being said, I thought it was a great time to repost Peter Carpenter’s article. Enjoy!

When Lightning Strikes…It’s Better When it Doesn’t!

By: Peter Carpenter, Director of Applied Engineering at LEC

Featured in Mission Critical Magazine
When it comes to lightning, data centers, as well as all electronics and other mission-critical operations, face a fair amount of risk. In 2006, a Carnegie Mellon report found that 30 percent of businesses suffer damage from lightning storms. According to The Hartford, lightning is responsible for more than $5 billion in total annual insurance losses. It is also the third-largest cause of sustained outages in bulk power systems according to the American Electric Reliability Corporation.

Many data centers have a similar concern: lightning protection. Their buildings are often equipped with conventional lightning rods and, while the rods largely protect against physical building damage from lightning strikes, there are secondary, surge-related effects of lightning that can still harm their essential, low-voltage electronics systems.

Lightning strikes, even when they are safely conveyed to the ground through a lightning rod, generate a strong electromagnetic pulse in buildings. This can be a relatively minor event when the only repercussion is that it forces a reboot of computers; however it can and does become catastrophic when it produces an entire shutdown, in some instances creating massive electronic failure, terminating operations entirely. At the very least, the electromagnetic pulse can and often will produce a ‘meantime between failure’ effect, which reduces the life and functionality of equipment and electronics.

The sensitive electronics at data centers makes protection from electromagnetic pulses and other lightning-related secondary effects a primary concern. And the amount of power going through buildings during a lightning event introduces some risk of electronics deteriorating faster then they would otherwise. Finding and correcting a piece of electronic hardware that has failed can in some cases be almost impossible and consumes invaluable time, productivity, and resources.

To guard against these problems, a number of data centers and mission-critical computing facilities, technology companies, banks, and municipal and state governments use Lightning Eliminators & Consultants’ Inc. (LEC) Dissipation Array System (DAS), a charge transfer technology,  to protect their data centers and IT infrastructure. These companies include the Japanese electronics giant NEC, DST Systems, Turner Broadcasting, the City of Tampa, Banco Popular, and Nissan North America. In Singapore, which is one of the most active geographic areas for lightning worldwide, the DAS protects the Singapore Ministry of Defense’s IT infrastructure.

Many of these DAS users incorporated charge transfer system (CTS) lightning protection solutions because they have used conventional lightning rods and have had complications related to some of the lightning strikes they have collected.

The CTS solutions these companies and governments rely on are the result of LEC approaching the problem from a unique and more comprehensive perspective. Rather than follow the customary wisdom of attracting lightning and conveying it to the ground, the Colorado-based company worked to do the reverse, applying engineering principles to prevent the formation of lightning in a protected area.

The LEC charge transfer method used in its DAS product is designed to prevent two elements of lightning—upward “streamers” of positively charged ions and “stepped leaders” of negative ions coming down from the clouds—from attaching to each other to create a strike. Normally, thunderstorms magnify the naturally occurring electric fields that give streamers the charge separation to rise upward in search of step leaders. Charge transfer technology reduces those electric fields so upward streamers and downward step leaders never get the chance to meet within a protected zone.

One top scientist and researcher, Donald W. Zipse, a Life Fellow of the Institute of Electrical and Electronics Engineers, has noted of LEC’s technology, “The end may be near for the 200-year old method of using conventional lightning rods to collect, control and convey to earth the awesome and destructive power of lightning. The charge transfer system of preventing lightning strikes to the protected area is a valid concept and will replace the conventional lightning rod method.”

Several years ago, LEC went to one of its customer sites, a telecommunications tower for the Colorado-based Tri-State Generation and Transmission Association, to conduct an in-depth study of the DAS’s performance. The DAS, according to the study, inhibited strikes from forming by bleeding off the electric field in the lower atmosphere. In fact, during thunderstorm activity, the electric field inside Tri-State’s DAS protected zone was, on average, 55 percent weaker than the surrounding area.

Data centers, automated operations hubs, and facilities in general are now becoming increasingly aware of the same productivity advantage energy companies have come to rely on: by eliminating lightning strikes in a protected area, they can not only avoid direct strikes they can eliminate some of the damaging secondary surge effects of lightning that would otherwise come with a conventional lightning rod.

Any company that employs electronics, information technology, automation, and combustibles, as well as demands a 24/7 operations schedule as an integral part of their production and bottom line needs to invest in protecting these valuable assets from all aspects of a lightning event in order to consider their facilities viable. It only takes one strike and not contemplating or requiring protection could be catastrophic and costly. LEC’s lightning protection systems and solutions meet these requirements and give companies the security and safety necessary to endure.