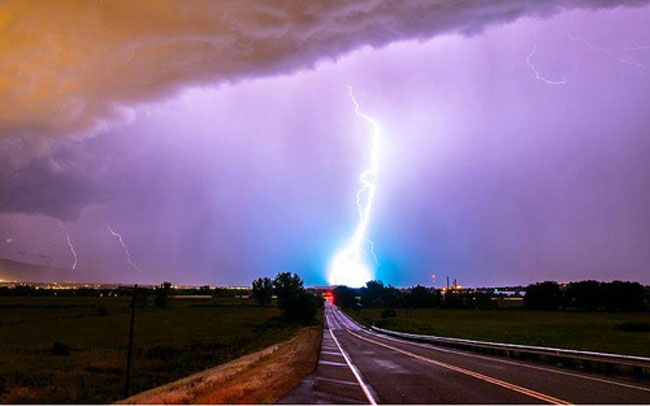 Well folks, it is that time of year again. It seems that lightning season is starting earlier and earlier each year. Last year we were bombarded starting from the second week in April, so this year, I am starting now to remind you to be careful. Very, very careful!

I am using this week’s blog to revisit some prior topics that are imperative for my industrial readers to take note of. If you have mission critical operations and/or facilities that manage or manufacture combustible liquids lightning protection is crucial and you need to pay attention.

Let’s start with a review of last April’s events “Three Lightning Strikes hit three storage facilities in 9 days”  and continue with “If It’s Broke, It Won’t Work”. The two articles speak to the threat and maintenance. Lightning in not to be reckoned with and if you have lightning protection in place, you need to inspect it and maintain it immediately.

Lightning is a Danger to Mission Critical Ops

Mission Critical Operations and facilities that are housing or handling combustible liquids are especially vulnerable.  While Tank Farms have always been especially susceptible the a newer threat is targeting tank batteries and fracking operations with the introduction of non-metallic and lined tanks  as outlined in “Lightning Strikes and Tank Batteries Go Up in Smoke”.

If you are using lightning rods perhaps you should consider a less dangerous type of lightning protection which my associate Lee Howard outlines in “Collection vs. Prevention”.  Lightning rods collect a strike. Why would a facility want a strike anywhere near their combustibles, electronics or sensitive equipment? Collecting the strike still causes damage even if it did thwart a direct hit to volatile areas.

Finally, it has been suggested and reported that lighting is on the rise and strikes are becoming stronger and more frequent. Areas that had not experienced much lightning in the past are beginning to feel its wrath now. I have discussed this on several occasions considering studies done across the United States and by major universities. Some of the following articles discuss the most recent findings across the academic and scientific community: